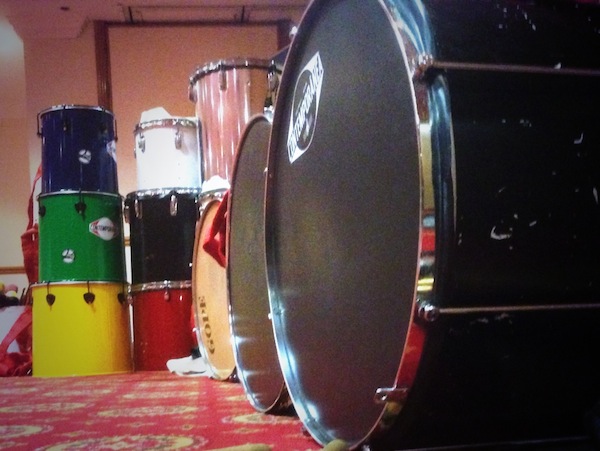 workshops for all ages www.colindaimond.co.uk

As the 2014 World Cup is in Brazil, International Companies, Community Organisations, weddings and birthday parties are all after a taste of the Brazilian Beat. Colin has been playing samba since 1995, running community projects since 2000, and working on corporate team building exercises since 2001. Colin has run workshops through the mediums of English, Welsh, German and Portuguese for numbers ranging from 3 to 700 participants. Get in touch to discuss how to bring the Brazilian flavour to your event. colin@capoeiramocambo.co.uk